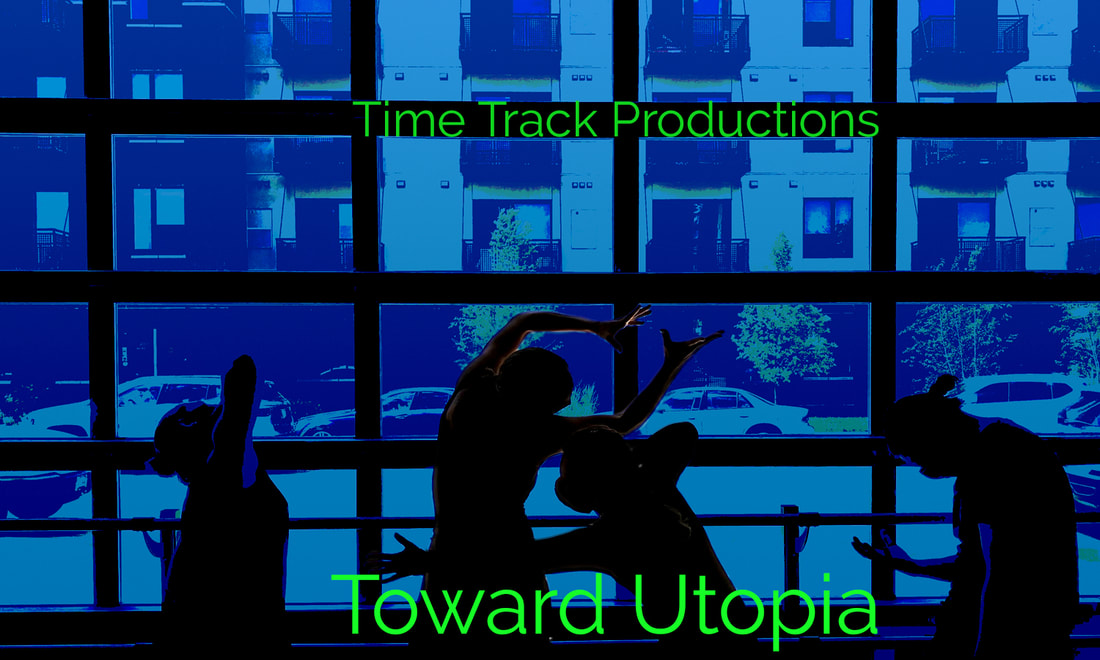 "Toward Utopia" is a contemporary dance performance exploring the conflict between my needs and the greater good.

Five performers interrogate the dynamics of individual struggles and attempt to connect across a chasm of miscommunication and animosity with raw emotion and physicality.
The work explores the desire to create a more perfect world, charting the emotional struggles of individualism vs the group dynamic, seeking a common purpose toward an equitable future. What will it take to create systemic change?
Performed by: Leila Awadallah, Kendall Kramer, Carmen Lucia Lincoln, Johnathan Surber and Roxanne Wallace

Choreography by Paula Mann
Projection by Steve Paul,
Sound score by Tarek Abdelqader
Costumes by Laura Osterhaus Rosenstone
Lighting Design by Mike Grogan
The work is comprised of seven sections.
​It runs ~1 hour, with no intermission.
Short prompts for each scene:
1. Identity (Screened Reflections)
The quiver of self.
2. Toward Utopia (Loops of Desire)
Ties that bind.
independence. community. security. desire.
3. Infinite Irony (Subjective Hubris)
Perception as cudgel.
The “other”. The Them.
4. Isolated Individual (Adrift)
Individualism: yearning.
being and nothingness.
5. Desert: Darkness onto light.
Void. Emptiness.
isolation. stasis
6.  Projection: Light into darkness
Transformative illumination
7.  Transition (an ending)
Shifting to Flow.
A way through
We would love to get your feedback!!
​There will be a talk-back session after the Friday night performance.